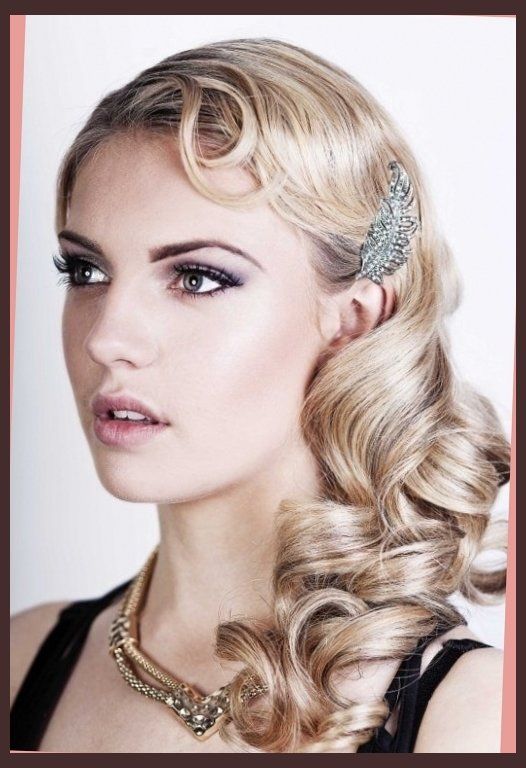 The classy and sassy 1920’s hairstyle

Why 1920’s? Well this was a time when changes happened in the hair fashion that can only be known as controversial. This made changes in the American culture and also all cultures worldwide. The most famous hair style of the era is known as the Bob. This started with the blunt cut leveled at the bottom of the ear and goes all around the head. The main people who took this hairstyle were the people aged in their 20’s. They made different changes of the normal bob, this including perming, curling and even changing the color of the hair. Women with a bob looked bolder. Many believed that keeping short hair for women made them look more powerful and daring. This then changed the way women wore their clothes, making them shorter. This was special about 1920’s hairstyle.

The evolution of the 1920’s hairstyle

In the year of 1923 the hairstyle that was introduced was the boyish bob. This is where the hair was cut in V shape at the nape of the neck and lot of split curls and also waves on the sides. The styles brought on the start of new industry called the beauty industry. Then within about 5 years there were about 5000 hair dressing salons which opened up. And within one year there were over 20,000 who were luring in women with a promise of new look and style. That is all was needed, people wanted something different and that is what they got. There were some shops which would only give people different types of bobs. Many women started to experiment with the softer and more feminine versions of the bob.

There were many different hairstyles of the genre and why are we concentrating only on the bob. This is because of the fact that one would need to go ahead and look at the hairstyle which changed a lot of people. The other variety of the bob was the Marcel wave. This was created by a French hair dresser who made the style made a lot more difference from the plain bob.

There were many different ways in which one can go ahead and change the way the bob looked. There were many different electric curling irons present during that time. The curling irons made the bobs easy to create. This was however the time when people started using electric irons. This was the biggest change as the previous versions needed the irons to be heated over stove to be used on hair. Many people suffered burns because of the heating process. The electric versions made the curling process that much safer.

For a change try a 1920’s hairstyle and you would be able to change a look drastically.