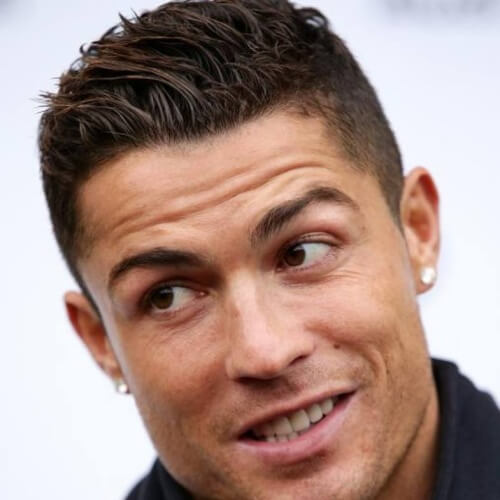 Cristiano Ronaldo is among the best plays of football in present time. He is only challenged by one or two legends of present football teams. Cristiano Ronaldo is best known for his strength, speed, and specially his most amazing hairstyles which he uses to change time to time.

With great looks and style of his hairs he have a very big fan following all across the world which is not only females but males also as following Ronaldo males get this feeling of being amazing and dashing.

This Portuguese sensation is also known for his narcissism as with great power comes great pride and to add charm in that pride, Cristiano Ronaldo hairstyles have played a huge role. The most favorite hairstyle of this Portuguese legend is spikes as he always prefer these short hairs which are really short on the back side while little longer on the top.