Home / Hairstyles / Many hair styles entered the world but short hair styles made a remarked in the coming generation. 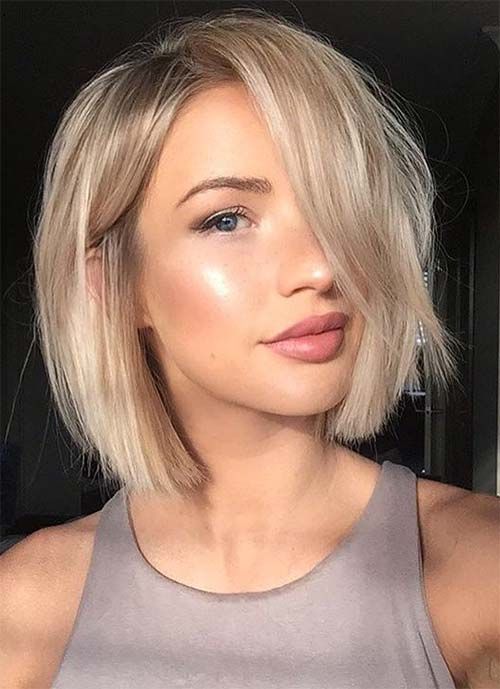 Many hair styles entered the world but short hair styles made a remarked in the coming generation.

There are different hairstyles which have been with young generation since its inception of time. When we compare from past decades hairstyles has seen a drastic change. Hair are cut into different mode from classy to simple, from short hairstyles to long hairstyle and now it is focused to chic. Hairstyles are one of the modes to express you to the world without expressing it in words. From the beginning of the 60s till now, hair have been seen lot of changes and it will keep on changing until unless there are actors and actresses in the world or in the other words stars in the world.

All the people who stay in this universe would like to be as stars. If the stars changes his or her trends then people automatically follows their trends. If a Hollywood star changes his hair to short hairstyles then million of fans who follows him or her keep the trend follows. Stars of Hollywood plays a vital role on whatever styles that arrive in the world and hair styles plays even a greater role in the community or the society. In the early 60s there was a great style that made the trend of bob cut. The style was very short and it looks like to be a short hairstyle. It was very simple and looked cute in girls.

Next enters the short hairstyle culture that made all the industries looked handsome. All the super models were spotted in short hairs. In the later half, the style kept changing with new stars emerging. Then long hair style made the trend and changed the world of Hollywood. But short hairstyle is still one of the best in the world. It just makes a person look smarter and handsome.

Short hair cuts are always gives a disciplined look whether it is an army men or a normal civilian. This made people go wild and made several changes in the short hairstyle. The long hair looked untamed and it represents a symbol of a rebel. An establishment was formed against the rebels and they were known as hippies. This shows moral codes which represent the symbol of rejection.

In the mid 80s the time was crazy enough and the style that came out was outrageous and it was out of control. All the styles that made the world were louder and it gives a crazy look to the world. In this latest trending set, the style which went out of the saloon never returned and it only made appearance in some of the dances in the 80s. The haircuts were long enough and made significant changes in the world and also in the Hollywood. They just banged the world and reached out to many fans.