Home / Hairstyles / Emo hairstyles for girls – For an edgy and funky look! 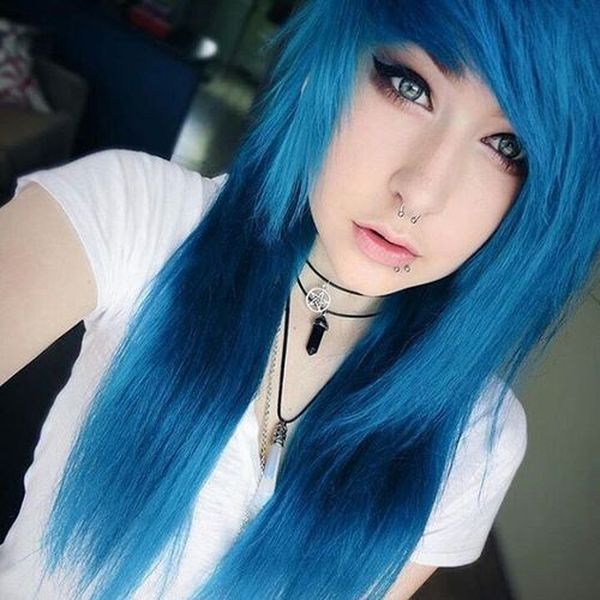 Emo hairstyles for girls – For an edgy and funky look!

You may call is a subculture in itself. If you have already heard of the word Emo, you probably might have some idea about its background. However, for those who are fairly new to the idea, here’s a short and quick glimpse of what Emo was and is all about.

Evolution of the Emo style:

Originally it was classified as a genre of music in the 80s, closely related to the then punk scene and mainly used for the hardcore rock bands who stood out by including an emotional element into their compositions. The Emo trend continued to evolve through the 90s, peaking to popularity around the year 2003. It was gradually adopted by a complete generation of teen music fans who loved to sport an unconventional and histrionic style in their personality. To many a youngsters, the Emo style is just a compelling way to interact socially, get involved emotionally and for an identity creation.

Why an Emo hairstyle stands out?

If you are a vibrant young girl and want to sport the Emo look, nothing better than getting started with one of the many Emo hairstyles for girls.

This hairstyle is the exact opposite of the usual boring repetitive haircuts that you otherwise tend to go for. It is characterized by prominent bangs (or fringes as some like to call it) which are side swept, usually covering one eye, which gives a mysterious look to your personality. Layered chops with some bold streaks of colour is the other distinct feature of this haircut. Initially it started off mainly for black hair (that’s the classic Emo style). However, these days anyone who has the courage to pull it off can go for it irrespective of the hair colour because believe it or not, it simply makes you stand out in the crowd!

If you are the bold kinds, you can position the highlights more on the front and upper parts of your hair to create a stunning image.  If you feel you might go overboard with the flashy highlights, just start with the subtle ones because Emo still looks great with those.

What are the different Emo hairstyles for girls?

Emo looks smashing on both long flowing hair as well as on short choppy hair. Depending on the shape of your face, choose the right length for those bangs. Your hair stylist would be a good person to help out on this.

A good idea would be to keep the colour of your highlights in contrast to the base tone of your hair. This ensures that extra edgy and super cool look if you want to flaunt one. You can use purple, green, blue, or even neon colours that are very in nowadays for those highlights or choose to keep them in browns. To add some zing, you could spike up your hair a bit too! So many different ways to sport an Emo look – Which one are you going to pick?

The best thing about Emo hairstyles is that every type of it works so well! So girls, if you intend to make a bold statement by looking edgy, funky, vibrant and uncanny, then go for an Emo hairstyle and you are sure to make heads turn!