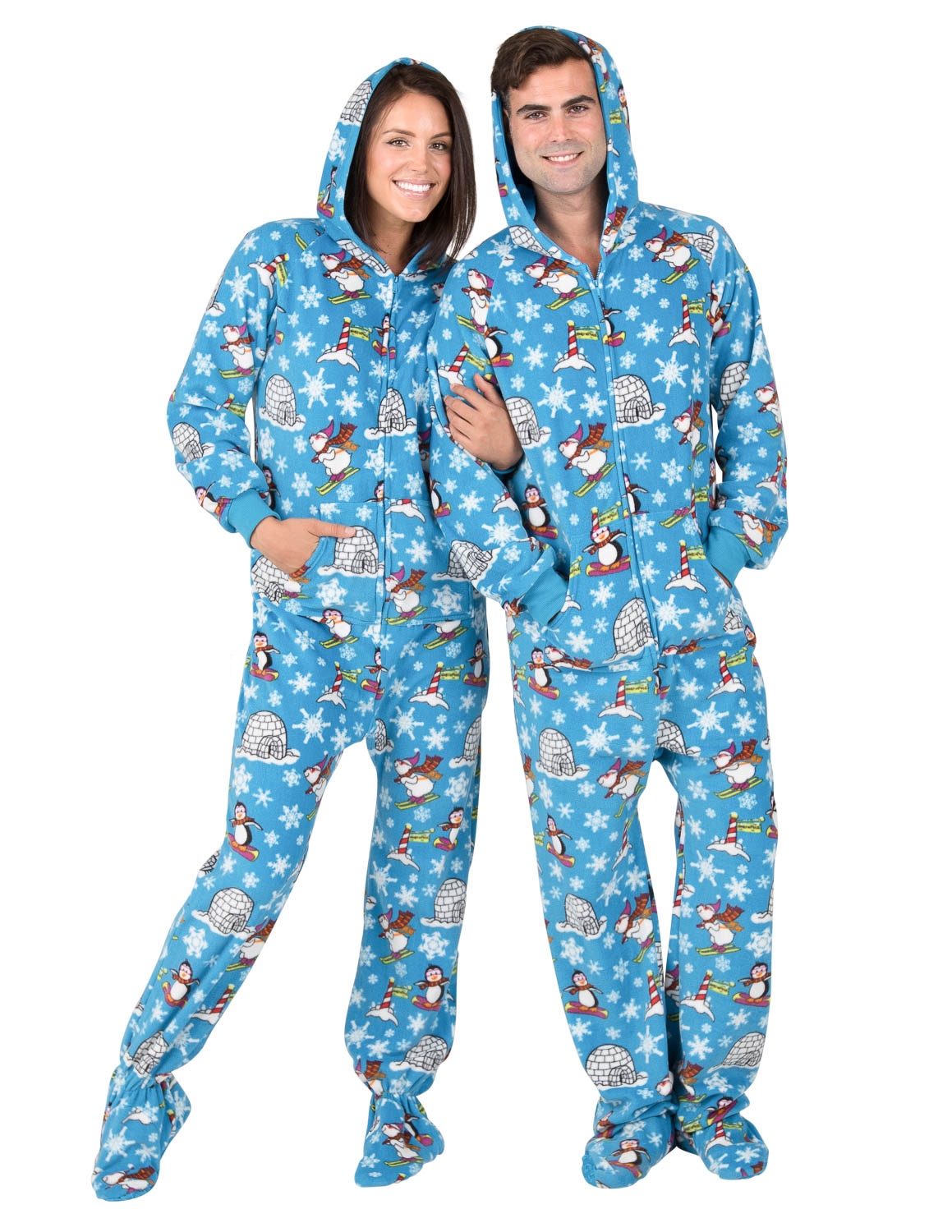 When the mercury dips extremely low in the winter nights and you need to keep yourself warm and alive , what do you do? Wear a lot of clothes and hide beneath blankets from the unbearable cold and call it cruel and illogical when you are made to get out of bed no matter what time it maybe and grope about for something to save your soul from freezing. Or , you can simply go to the store and return with a darling saviour- footie pajama.

Simply put, it’s a wearable blanket. That explains why it is also known as a blanket sleeper.

It’s a garment made out of warm, blanket fabric with long arms and legs with attached shoes that have slip-resiatant soles,and is made loosely and in such a way that the only exposed body parts are the palms and the head of the wearer. Basically, a footie pajama is a nightwear.

Why choose a footie pajama?

If after the physical description of our beloved and strong lifesaver, there still remains room for tge question,why we need a footie pajama then this is precisely the answer that you are looking for.

The first closest cousins to footie pajamas were the ones that were used since 1950s up to the late twentieth century. However, night drawers worn in the former 20th century were the earliest sleeper garments resembling the modern blanket sleepers except the fact that they were more primitive in terms of warmth.Doctor Denton Sleeping Mills started using the term “sleeping garment”, for their garments,in 1865. It was the first company that started mass production of ‘wearable blankets’.

Since footie pajamas are mainly indoor garments, fashion hasn’t really touched this area. Although you can choose from a variety of colours, prints and sizes of feet and shapes nowadays. And then came a day when they decided to make footie pajamas better and added to it a warm hoodie. Seriously, do you need anything more to live?

With footie pajamas you can be cozily lazy when the weather is really rude. Have a warm winter this year. All you need in a combat against winters is the loving, cozy armour of a footie pajama!